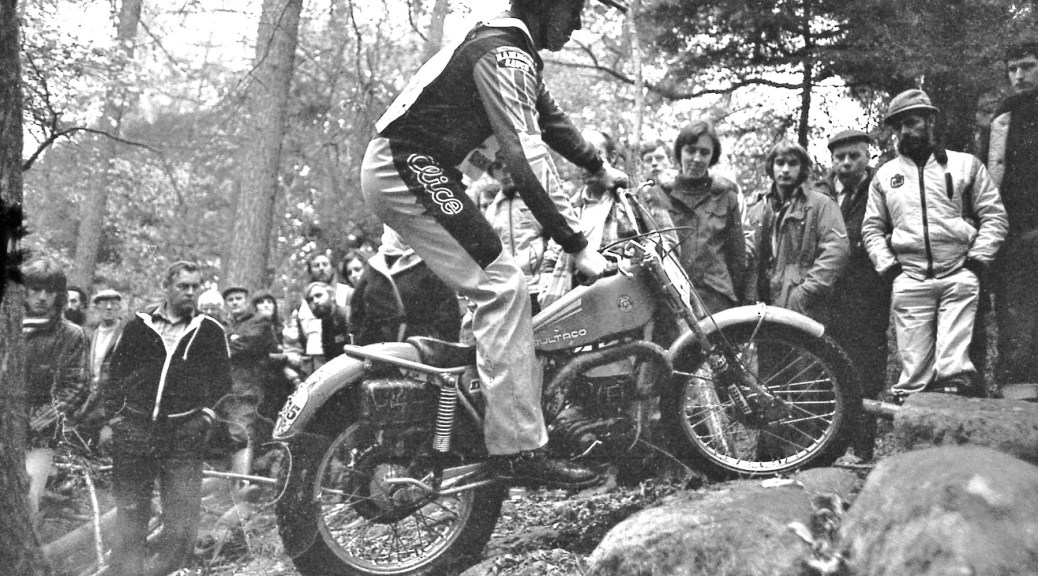 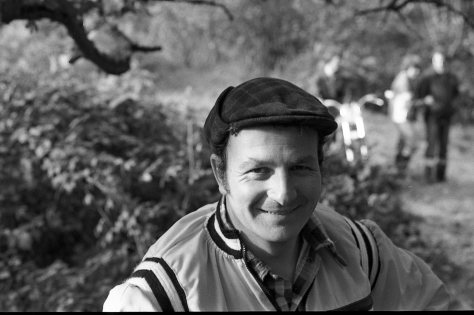 It is with great pleasure that we are now able to bring you a special section on Trials Guru – ‘Recalled by Rappers’.
Mike Rapley is not only a ‘died-in-the-wool’ motorcyclist, but also a well-respected motorcycle sport journalist, having been a reporter and staff member of the weekly Trials and Motocross News for many years.

Over a long period of time, Mike has taken many photographs of events, some never seen before and wondered if the time was right to put them somewhere on the internet so that these may be enjoyed by fellow enthusiasts. – Mike chose Trials Guru for this purpose and we are very grateful.

Having decided, Mike has scanned many of his images from the 1970s for our enjoyment entrusting this task to Trials Guru.

Trials Guru’s John Moffat became friends with Mike Rapley, or ‘Rappers’ as he is universally known, some years ago. In fact it was at the start of the Jim Worthington Trial at Lagnaha on the Wednesday evening during SSDT week in 1996, when Rappers was making him-self useful by signing the competitors on at the event.

Moffat having entered the event on a Yamaha, pretended to be an Eastern European competitor who did not understand the formalities, keeping the ruse up for many minutes until Mike asked: “what is your name?” This brought to an end the practical joke!
We will not record here what Rappers said when he realised that he’d been had!

Please remember and be respectful of the fact that all of the images on Recalled are the intellectual property of Mike Rapley and you must obtain express permission from Mike if you wish to use them elsewhere.

Mike is now a member of the Auto-Cycle Union Trials and Enduro committee, that is exactly where he should be, as he has a wealth of experience gained as a solo competitor, a trials sidecar driver and enduro rider as well as being a highly respected journalist and event organiser.

His involvement with the sport’s governing body can only be a good thing for the sport of trials and enduro.

Trials Guru is delighted to bring you the fruits of Mike Rapley’s labours at various events over the years. Some are unidentified and we would encourage the reader’s assistance in identifying some riders and locations by using the ‘contact‘ function.

We have tried where possible to group photographs together, wherever possible they are not in any particular order, please have a look at “Rappers’ Unidentifieds” which appear throughout this ‘section’. Maybe you can help identify the competitors?

We hope that you enjoy ‘Recalled by Rappers’ …

Not all of Mike’s images have been able to be identified, so please help us to identify some competitors if we can, at least the rider and location if possible. You can do this by making contact with Trials Guru: HERE

Special thanks to all those who have contacted Trials Guru to help identify some competitors above!

And to Trials Guru contributor, Dave Cole for his input with some images of Rappers and others at large!

In an article from the Spanish magazine ‘Solo Moto’ from November 1978 it has been discovered some information on the unknown Bultaco shown below.

In its’ column ‘Moto News’, Douglas Jackson informs us of what could become and therefore the path that trial bikes could be.

In 1978 this machine emerged, a unique prototype for its time.

The creator was apparently Phil Smith, which starting from a 350cc Bultaco Sherpa, using a monocoque style frame design of his own construction.

The frame is being chrome plated made from Reynolds 531 tubing.

The fuel tank capacity of 4 litres. Another point of interest is the rear suspension similar to the Suzuki of the era.

The total weight of the bike was stated as 86 kg.

More images will follow shortly … please keep checking as we update this page on a regular basis. If you enjoyed it, please tell others!

Many more images will be put on here shortly – last updated 6 March 2016.

If you would like to obtain a printed copy of any of Mike Rapley’s images, please make a request on the contact page and Trials Guru will pass on the request to Mike. There may be a small charge for the print to cover production and postage.

© – All Images on this page: World-wide Copyright Mike Rapley, England (All Rights Reserved) – 2016.

The photos of Mike Rapley are courtesy and copyright of Iain Lawrie, Kinlochleven.

Trials Guru – Dedicated to the sport of trials… running free of charge!