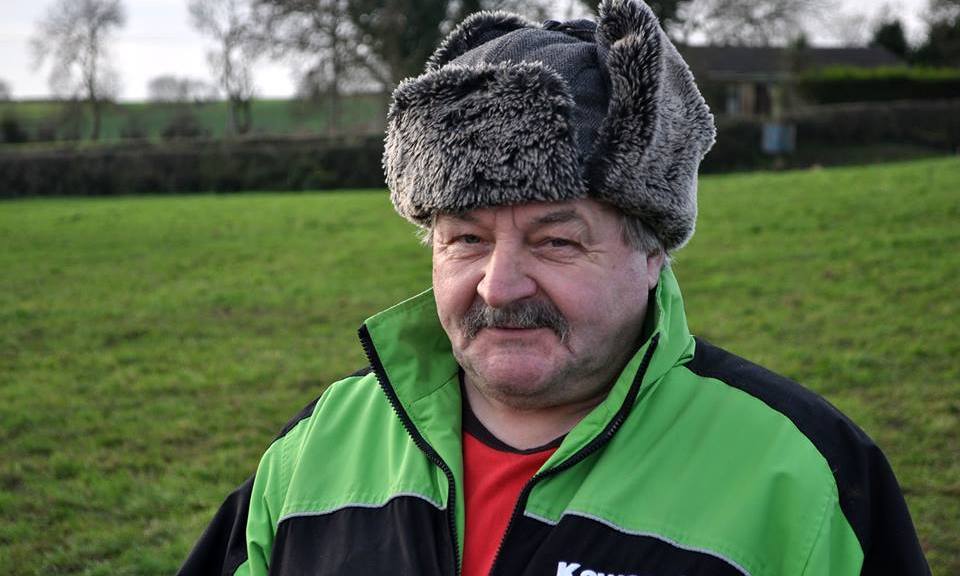 Kenny McKee was born into a motorbike mad family on 16th December 1948, the youngest child of eight.

Known as ‘King Kenny’ to many, his love of bikes was destined to be, given that his father and his big brother Bobby “RJ” were full on petrol heads.

Growing up around bikes he had a passion for all aspects of the sport, but trials was his true love.  Bobby was riding trials from the early 1950s and Kenny followed him all over the country watching and eventually competing.  He rode trials through the 1970s and into the early 1980s and made long lasting and enduring friendships.  Many nights were spent in the company of good friends reminiscing about all the old boys and the “good old days”. 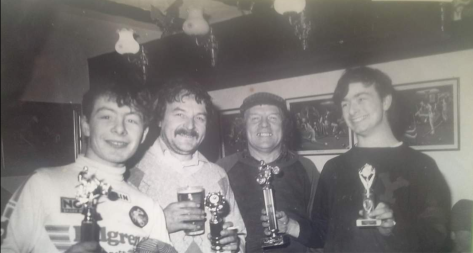 Bikes were second only to family and Kenny had two sons who took his love for all things bike into trials as well.  Once Warren and Terence started riding in the early 1980s, Kenny put all his enthusiasm and effort into supporting them, taking them all over the country.

His absolute dream event, as with thousands of other was the Scottish Six Days Trial, travelling over for years to watch and also competing in the Pre’65 event a few times too.

A joiner by trade from his teenage years, he was so driven by trials that many a job was put back while the bikes to centre stage.

Latterly Kenny and his wife of almost fifty years, Blossom travelled all over Ireland and GB with Terence, competing in local events, Nationals and the SSDT as well as the Lakes, Loch Lomond and the Isle of Man events. 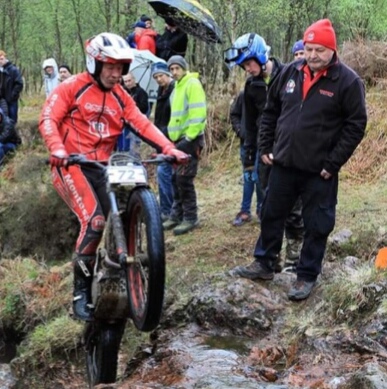 Sadly Kenny passed away peacefully in his sleep at home this morning, a few weeks short of his 70th birthday.  His loss will be felt by a great many people, not just family, but also the bike family.

The sport has lost a good friend today, and an encyclopaedic knowledge of all things trials

Kenny is survived by his wife Blossom, sons Warren and Terence, daughter Sharon.  Daughters in law Karen and Natalie as well as grandchildren Jordan, Erin and Oliver, and especially by great granddaughter Katie, who has also been bitten by the bike bug and will no doubt follow those well-trodden footsteps of granda Kenny.

The service is Friday the 9th November at Clarkes Funeral Home, 12 Court Square, Newtownards, NI, BT23 7NY at 12 mid-day. After the service interment will be at Movilla Cemetery off the Movilla Road for 1pm.

Refreshments will be available afterwards in The Ivy Bar which is across the road from Clarkes and friends are most welcome to call in.

Trials Guru sends sincere condolences to the McKee family at this difficult time. Kenny McKee was an enthusiastic supporter of ‘Trials Guru’ who demanded a supply of Trials Guru decals when he met John Moffat at the SSDT this year.

One thought on “Kenny McKee”