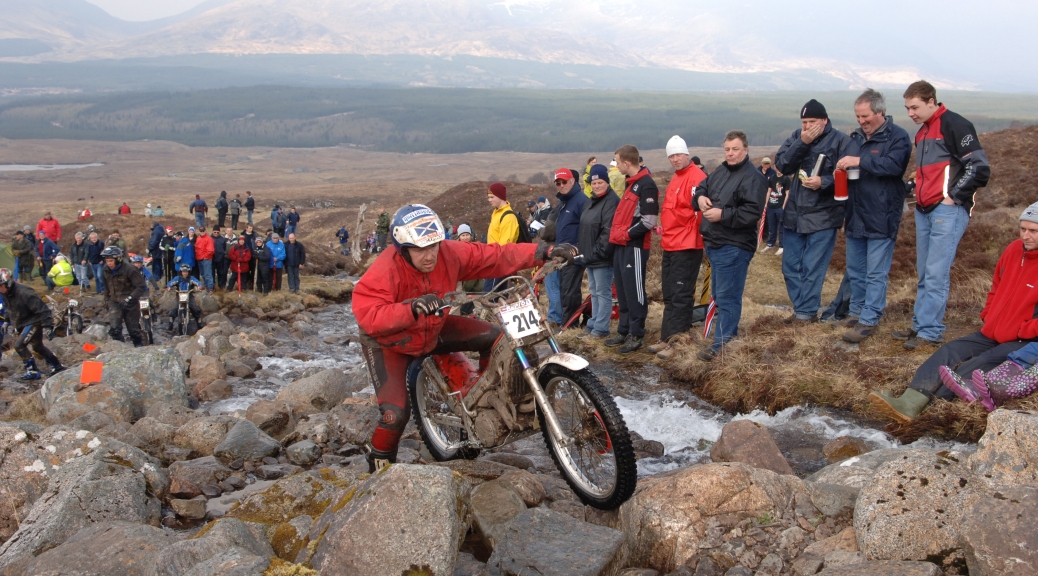 The Scottish Six Days Trial, organised since 1911 by the Edinburgh & District MC Ltd, faces yet more land challenges thanks to illegal use of private roads and moorland in the Scottish Highlands.

In a statement issued on Wednesday, 15th July on social media, the committee issued a warning that land in the Rannoch area could be lost to the event if illegal use continues.

It is an offence to use Forest and Land Scotland property for off-road vehicle activity without written permission and indeed vehicles have been seized by Police Scotland in the past and riders/drivers charged accordingly. Forest & Land Scotland rarely allows permission without payment of an agreed fee.

The land in the Scottish Highlands can be very sensitive and therefore off road motorcycle and other activity is not welcome at certain times of the year and indeed at any time if permission is not sought and obtained.

“SSDT risks losing access to a major estate due to illegal riding.

Despite the current lockdown, some people are choosing to flout the rules and risk the future of our sport by illegally riding on private land and forestry.

Illegal activity on forestry land and unauthorised uses of Private Venues is a criminal offence and puts all legitimate events at risk.

The Edinburgh & District MC have been approached by a major estate concerned about unauthorised riding around the Rannoch area. If this continues, the SSDT could lose the entire Thursday route, a route that has been part of the event for decades.

One of the major concerns is the environmental impact of using motorised vehicles off road in areas with fragile ecosystems. Particularly at this time of year, the remote parts of Scotland are the habitat of endangered ground nesting birds and other wildlife extremely vulnerable to disturbance. The SSDT and other off-road motorcycle events are carefully organised taking these factors into consideration and working with bodies such as Scottish Natural Heritage ensure that events cause minimum impact. Unauthorised indiscriminate riding over these estates can undo years of good work and cause irreparable damage to wildlife and the environment.

Some individuals seem to think that old drove roads and tracks are vehicular rights of way – in fact there are very few rights of way for motorised vehicles in Scotland. Most have an average length of less than 1 mile and are short stretches of roads that have not been adopted by the local authority. None of the off-road routes that the SSDT use are vehicular rights of way, they are all privately owned and using motorised vehicles on them is not permitted without specific consent from the landowner.

The club has, for over a century, had a fantastic relationship with the estates that the event passes through – I am sure that nobody would like to jeopardise this historic event through thoughtless unauthorised riding.”