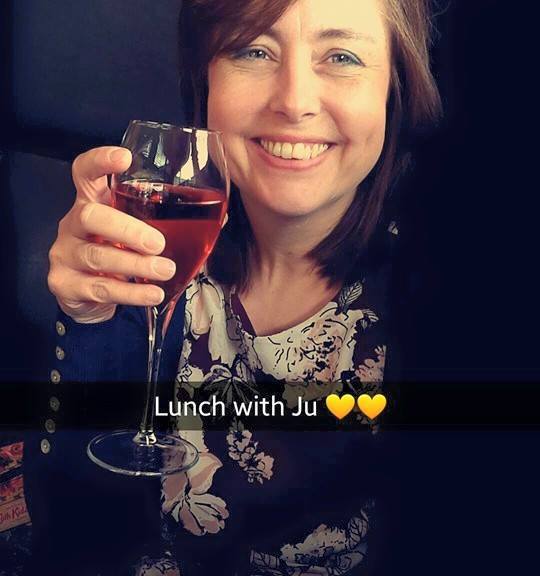 Trials Guru met up with Julia Robinson, the editor of the Scott Trial programme for the past five years.

Trials Guru: OK Julia, how did you first get involved with the Scott Trial, who asked you and how did you find the time to do it?

“My husband Paul, a trials rider joined the Scott Trial Committee in 2010 and duly went to his first meeting, when he came home he looked a little sheepish “what have you volunteered for?” I asked. “Nothing” comes his reply “I have volunteered YOU to do the programme, don’t worry, you can still observe and really there’s nothing to it!”

I didn’t think that after my first two full days of trying to make the all the wording fit round Eric Kitchen’s perfect photograph of James Dabill, that front cover was definitely the hardest of all.

That first year in 2011 was definitely tough work, Bernadette Tennant and Barbara Walker, my predecessors, helped me stay afloat with advice and encouragement, it’s always good to have the experience of others, they give you the confidence and knowledge to succeed.

I’ve said many times in my five programmes that it was and remains an honour to be involved in the Scott Trial, with its huge band of volunteers and the Scott trial Committee who work tirelessly to put on the event. As a family it fills us with pride as my late father-in-law would have been so proud of us all, The Scott is like a good glass of ‘prosecco’, you always want a bit more!

I have been honoured to share some great stories with our bright future riders, world champions and Past stalwarts of the sport of trials, its such a buzz when your Inbox has names like Sammy Miller and Dougie Lampkin popping up. Letting everyone read their experiences, pain and endurance is the icing on the cake. Also working with some of the best photographers, not just the traditional names  but others who have just shown a natural talent for taking trial photographs like John and Sylvia at Digital Swaledale and Joe Burn whose fantastic photograph is on the front cover.

Working with all these riders, photographers and also those that advertise is just so rewarding, you are always thinking about those who have collected the Scott programme from the year dot, you want each years to be fresh but still traditional, it is a hard but fulfilling task.

The time I have spent has always been fun (except the last two weeks to deadline). But when you see that final proof and share it with those who are Scott specialists, it just fills you with pride.

Unfortunately though it is now just a time thing, I have a new day job that is very busy and is mainly thanks to The Scott as it is in charity work, which is also rewarding but demanding. It is just the right time to hand over the reins and give someone else the chance to taste and share Scott History!

Trials Guru: Many thanks to you Julia for taking time out to talk to us and we all wish you all the best in your new day job and thanks for the effort you have put in over the last five years to the famous Scott Trial programme, a publication that is always sold out and highly sought after by trials enthusiasts the world over.