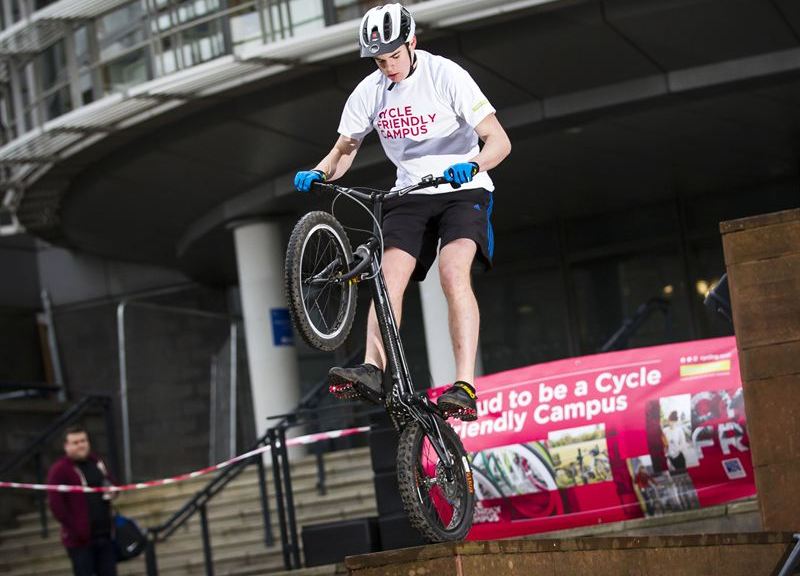 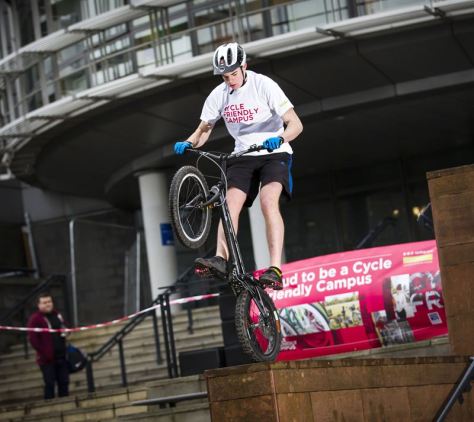 The SSDT weigh-in Sunday is usually a hive of activity, but for the crowds of on-lookers and spectators there will be a trials cycle-bike demonstration at 13.30 in the town centre, with another demostration right after the parade of riders.

The rider is Aaron Duke, who was 2016 European champion, ranked seventh in the world in his age catagory. Aaron is an eight times Scottish champion and a previous British champion.

It is described as a one man demo showing extreme stunts performed on a bike that only a handful of people in Britain can perform.
Worth putting into your diary, Sunday 6th May at 13.30 before and after the riders’ parade.