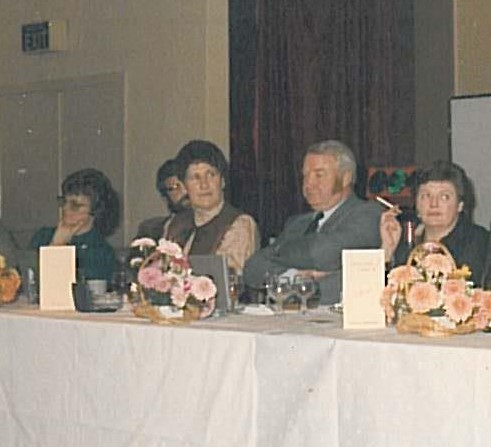 Adam Moore Brownlie, a stalwart of the Scottish ACU passed away peacefully on Thursday 3rd January, 2019.

A. M. Brownie was a Life Member of the SACU and was active in Motorcycle Sport since the mid 1950s. Adam was a former Chairman of the SACU and took over from T. Arnott Moffat as SACU Secretary in 1987. Brownlie became the first salaried official of the SACU when it became a limited company by guarantee in December 1989 as Company Secretary. For many years, Adam ran the office function at Bathgate, Whiteside, then Uphall and was a director of SACU Ltd until 1998.

His main occupation before retirement in 1990 was with the Rolls Royce aero engines plant at East Kilbride and was an avionics engineer.

Brownlie was for many years an SACU steward at many rioad race meetings and the Scottish Six Days Trial, he was a long standing member of the Avon Valley MCC.

Adam was also the ACU Benevolent Fund Officer for Scotland and spent a lot of his time fund raising at motorcycle events.

Our sincere condolences go to his widow Mary and son Gordon.