It is with sadness that we have to report the death of Neil Crosswaite, former Scorpa importer and entrepreneur. Mr. Crosswaite sustained a brain haemorrhage from which he did not recover and passed away on Friday, 1st February 2019 at seventy years of age. 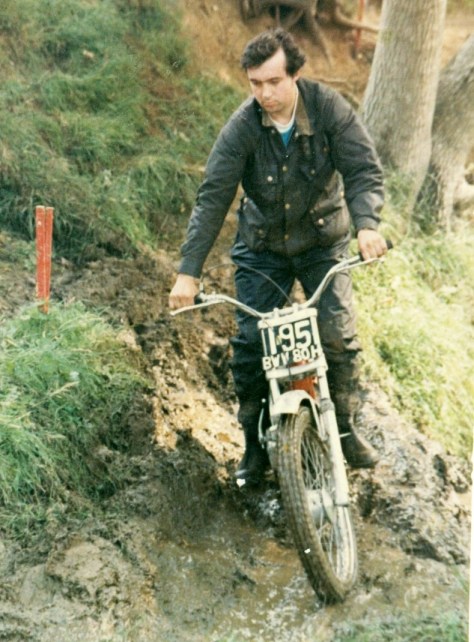 A lifelong motorcycle enthusiast, his passion for trials riding would see him travel all over the world where he would meet so many people who all had respect for his honest and open opinion. His world was his family.

For many years Neil was in partnership with the late Martin Lampkin as joint promoters of the annual Sheffield Arena Trial held in January.

The funeral arrangements will be held at Nab Wood Crematorium, Bingley Road, Shipley, Bradford, BD18 4BG on Thursday, 14 February at 13.20, and afterwards at the Busfield Arms, Keighley where everyone is welcome.

Martin Crosswaite said: “The Crosswaite family would like to thank everyone for all your messages of support; it really means the world to us as a family that my Dad was held in such high regard by so many people”.

John Hulme, Editor in Chief of Trial Magazine commented: “Neil Crosswaite was an inspiration when we started the magazine with his enthusiasm for anything motorcycle trials. His constructive criticism was always welcome as were his new ideas. His handshake was his word and I for one am going to miss his phone calls to find out was going on in the world of trials. All our thoughts are with his family at this difficult time”.

Trials Guru conveys it’s condolences to the Crosswaite family at this time.

One thought on “Neil Crosswaite dies”