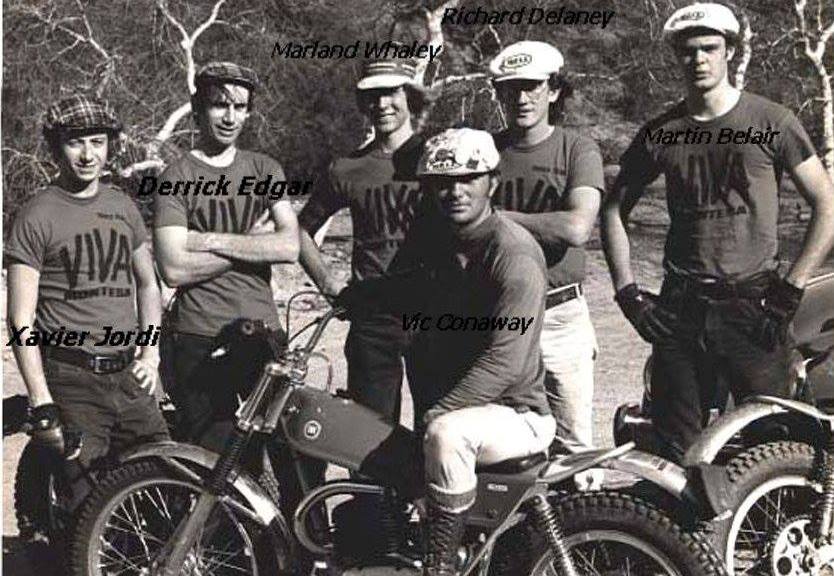 Last week US Trials legend Marland Whaley passed away suddenly from what appears to have been a heart attack. Marland was 60 years old and in peak physical condition. The news has left the trials world in Europe and America, stunned.

Whaley was the most dominant trials rider in the Golden Age of US trials the 1970s.

In the early 1990s Marland moved to Montana where he pursued his passion for the outdoors becoming an avid bow hunter, snowboarder and mountain biker. It was mountain biking where we saw his brilliance shine again. He became the Masters (55+) Champion of the National Ultra Endurance mountain bike championship. These races required ultimate fitness. Nine hours in long and 100 mile distances with elevation changes of 10 to 16,000 feet.

Supremely talented, focused and driven were what made him great, but he was also the best and most fun teammate any one could hope for. In an era where long loops and tight time limits were the norm, he was wicked fast, no one was faster on single track than Marland. I am so glad that were re-connected about five years ago, we would spend hours on the phone reliving the glory days. Talking about our families and how lucky we were to have had the opportunities we had. It was like we were eighteen again. For those of us that knew and loved him, we will be telling “Marland stories” for the rest of our lives.

Marland is survived by his wife Dawn, daughters Kendra and and Kiah and four grand children.