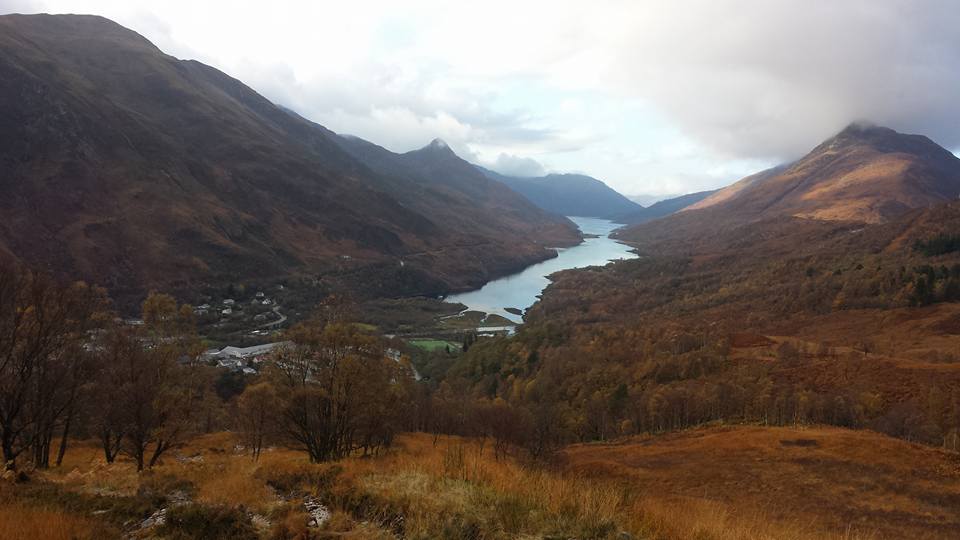 Many words have been spoken, but little written about, responsible land use in motorcycle magazines and periodicals. One could ask the question – Is this a taboo subject?

Not taboo as such, but it is complicated and a very thorny subject that has provoked spirited debate.

The primary intention of this article is not to create further debate, but to be educational and informative for the benefit of the sport of trials, to create a better understanding of not only responsible land use but to recognise what controls it.

Motorcycle sport’s governing bodies such as the Auto Cycle Union, have endeavoured to address and promote responsible land use for well over thirty years, evidenced by its membership of LARA (Land Access & Recreation Association) in 1986. It works with its affiliated clubs through its own Land Access Advisory Service.

Part of the problem appears to be lack of proper understanding of the subject matter and that is probably caused by either people not being able to find relevant factual information, or don’t fully understand it when it is discovered. Perhaps some of the terminology is alien to some of us?

It’s possible to view website forums and dialogue which covers the subject in threads such as “where to practice riding skills” and similar subject matter.

However many of these forums are locked, only viewable by members with passwords or by subscription and for good reason. It is an attempt to stop people abusing the privilege of using land, made available by landowners under certain conditions.

This locking or restriction to access however does give the impression that perhaps something subversive is going on, whereas that is not the case.

Providing details of where to ride legally off-road is outside the scope of this article, so please, don’t get over-excited.

There are however many areas in the UK, specifically set out for legal trials practice for competition training and for leisure trials riding. With full landowner permissions in place, membership fee requirements, codes of practice, restrictions of use and insurance, perhaps even owner/operated, this is without doubt a responsible and sensible approach.

It is important to understand that there is no such thing as ‘waste ground’.

All land in the United Kingdom, including common land, is owned by someone, be it an individual, group of people, company or other legal entity. However, its ownership may not be clear or be a simple task to establish who the owner is.

Let us attempt to clarify matters by examining factual information, in an understandable way, in an attempt to remove any mystique which surrounds such a complex subject.

Hopefully this article will be sufficiently informative, without going into the fine detail of legislation, insurance and such matters.

To explain in simple but factual terminology and restrict it to parts of the United Kingdom and confined to motorcycles, but equally this can apply to other areas in the UK and four wheeled vehicles also.

Also it is important, perhaps crucial, to understand that trials riders do not have any legal right to ride their motorcycles off-road.

Why is this so, what does the law say?

(1) Subject to the provisions of this section, if without lawful authority a person drives a mechanically propelled vehicle—

(a) on, to or upon, any common land, moorland or land of any other description, not being land forming part of a road, or

(b) On any road being a footpath, bridleway or restricted byway, he is guilty of an offence.

So, there we have it, any motorcycle activity performed away from, or off the public highway without lawful authority (permission) is recognised as ‘illegal riding’.

We won’t probe, evaluate or discuss matters concerning the legal penalties or remedies, as that would be down to a court of law to decide as appropriate.

For clarity, let us examine a specific example of a sizeable piece of land to assist in the demonstration of how this works and what restricts or even forbids the casual use of land by off-road motorcyclists.

The area is fairly well-known to the trials sport community let us look at one specific area. After all, this is a trials based website and the rationale could be easily be applied and compared to other similar areas in the country.

The area is in Northern Scotland, known as the ‘Leven Valley’ this name may not be instantly recognisable to the reader, but with further examination its mappings reveal: Pipeline; Blackwater; Corrie Odhair on the south of the River Leven and Loch Eild; German Camp or even Leiter Bo Fionn on the north side, then it will appear familiar. This land whilst appearing to be wild, rugged and fairly remote is actually very closely managed.

The name known to trials enthusiasts as the ‘Blackwater Path’ is actually the ‘Ciaran Path’ which is very popular with recreational walkers, hikers and mountain-bike riders, who incidentally do not require express permission to traverse it.

Access to the countryside was increased by statute with the creation of the Countryside and Rights of Way Act 2000 for England and Wales and the Land Reform (Scotland) Act 2003, in Scotland, these rights exist only if they are exercised responsibly, as specified in the Scottish Outdoor Access code. Some will know, or have heard of the Ciaran Paths’ famous catch net, constructed by members of the Scottish Six Days Trial committee in the late 1960’s with the prime intention of prevent riders competing in the event and their machines from falling into the deep gorge as they climbed the path towards Blackwater and beyond.

Access to the countryside requires responsibility, sometimes this is absent.

The construction was simple, perhaps even crude, but very effective, being fashioned from scaffolding pipes cemented directly into the bed-rock on the edge of the gorge.

This is an area with an industrial heritage and history. These paths and the German Prisoner of War encampments were constructed to provide the manpower to build the various dams, culverts, penstocks and conduits in the area together with the associated infrastructure for the development of the aluminium smelter.

These paths do erode over time, due to the severe winter weather in the area and by the constant use by walkers and cyclists. Parts of the Ciaran Path are already eroded, undercut in places and in need of repairs.

Prisoners of War were used during their interment during the First World War, to construct many of these paths and there is a display within the Post Office in Kinlochleven which gives more information on this. These paths have been established for more than a century. Here ends the history lesson.

The reader would be astonished to learn how much of the SSDT route makes legal use of SSSI’s. Many will have watched, observed or even ridden in this particular area.

Many hours are spent each year in meaningful discussion and negotiation between trial organisers and both the local land agents and SNH personnel.

What statutory instrument created SSSI’s and when?

Originally notified under the National Parks and Access to the Countryside Act 1949, SSSIs were re-notified under the Wildlife and Countryside Act 1981. Improved provisions for the protection and management of SSSIs were introduced by the Countryside and Rights of Way Act 2000 (in England and Wales) and (in Scotland) by the Nature Conservation (Scotland) Act 2004 and the Wildlife and Natural Environment (Scotland) Act 2010. (Source: DEFRA).

How many sites and how much land is controlled by SSSIs?

Scotland has over 1,400 sites designated as SSSIs, representing approximately 12.6% of the total land area of Scotland. Approximately half of these sites are located in the lowlands and uplands area.  There are over 4,000 sites in England, covering around 8% of the country.  (Source: Scottish and UK Government).

Let us look more closely at this area of land and in particular its SSSI status, with the help of resources freely available in the public domain.

In the Site Management Statement issued by Scottish Natural Heritage (SNH), the Leven Valley (Site Reference 927) is denoted as being a SSSI.

Here are some details:

The Leven Valley SSSI forms part of a larger 3000 hectare woodland grant scheme and the interest lies in both trees and rock formations, so described as: Upland Birch Woodland and Dalradian rock, but the scope is of course much wider, covering the flora found in that area.

To give an indication of the extent of the SSSI it is approximately 10 kilometres in length and 6 kilometres wide, so it is very large indeed.

There are no less than eleven specific activities that require not only the landowners’ permission, but permission from SNH, which is funded by the Scottish Government, its purpose being to care for Scotland’s nature and provide support to those who manage it.

However, this consent is not required if the organisers have been given prior ‘planning permission’ from the local authority, under Part III of the Town and Country Planning (Scotland) Act 1997.

For motorcycle events such as the SSDT, the Pre’65, promoted by Edinburgh & District Motor Club Limited plus any other localised events organised by Lochaber & District MCC who promote the annual Ian Pollock Memorial Trial in the Leven Valley area.

The specific requirement to apply for consent from SNH is under reference number 26: ‘Use of motorised vehicles likely to damage vegetation’.

Why do we need to legally protect these areas described as SSSIs, why is this particular area deemed sensitive, why is it important and why is it necessary to have such controls?

Private research reveals that the Leven Valley SSSI is home to many different mosses and liverworts, collectively known as bryophytes. Some are very rare, dating back to pre-historic times.

Bryophytes play a part in protecting us, as these soft plants form a huge sponge on the valley floor, slowing down the flow of rain water from the surrounding hills which runs into the burns and eventually the River Leven.

Thinking about it logically, conversely this explains why there are so many flash floods in residential areas nowadays. The ground has been waterproofed by buildings, structures, roads and footpaths so that rain water now planes off faster, causing localised flooding and worse. Flooding can affect us all.

The beds of mosses, blanket bogs and wetlands found in the Leven Valley SSSI area also absorb and effectively lock up, many tonnes of harmful carbon dioxide from the atmosphere, potentially for thousands of years, into the peat below. That is providing that they are not disturbed, depleted or destroyed, hence the protection provided by SSSI status.

Depletion can occur through invasion by non-native plants such as the Rhododendron, which can spread rapidly, is difficult to control and covers large areas of ground. Similarly, animals such as deer, sheep or cattle roaming free or even inappropriate use by vehicles, can cause damage if not properly controlled or managed.

Now we can see the rationale for protection of this and other areas like it, we can begin to fully understand and appreciate why these areas are deemed sensitive and significant.

Protection does not automatically mean total exclusion of all activities, hence the continued use of the area by major trials events, but this is only achievable by proper application for permissions, negotiation and mutual agreement.

The SSDT has been running since 1911, the Pre’65 since 1984 and the Ian Pollock under its former title ‘Spring Trial’ since the late 1950’s. These events make legitimate use of the Leven Valley.

This does not however give their promoters any legal rights to continue using this ground, purely because of the length of time the events have been in existence.