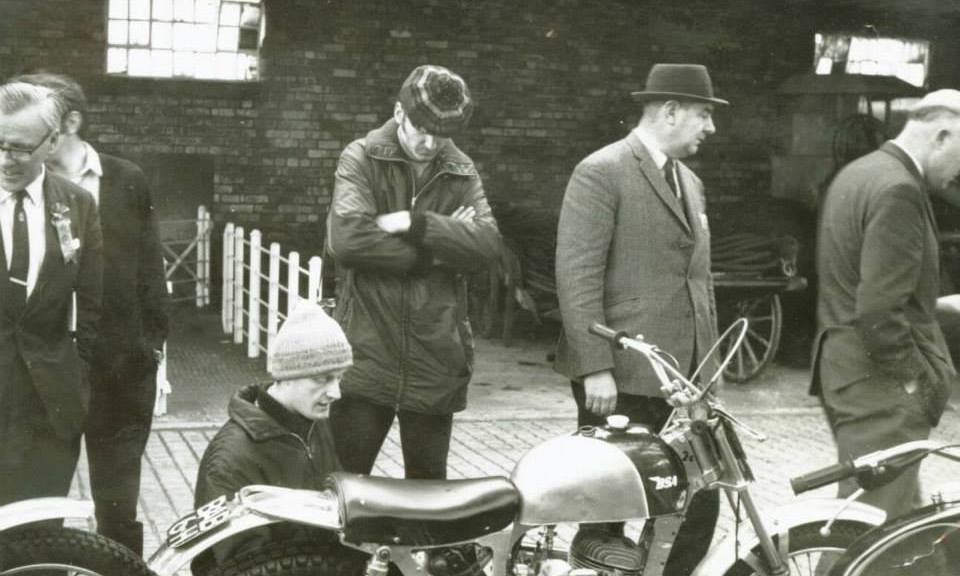 When motorcycle enthusiasts, Peter Remington, John Holmes and John Moffat got together one sunny afternoon, the talk was predominately about one subject – motorcycling.

Former Trials and motocross competitor, Peter Remington from Kendal has for many years been the prime-mover of the annual Bob MacGregor road run at Killin, Perthshire in the April, just prior to the SSDT week.

He suggested to Moffat that it would be something different to have a road run up near Inverness to coincide with the now popular Highland Classic Two Day Trial (June 10/11). Remington made the suggestion that it be named after Moffat’s father who had been thirty-two years secretary of the Scottish ACU and was a keen motorcycle trials rider in his youth.

A suggested route would be Loch Ness based and initial soundings were taken from some local enthusiasts and the reports were favourable. There is an established annual Loch Ness run and checking the calendar it was feasible to run such an event the day after. This would allow some riders to make a two day affair out of the two independent events, one on the Sunday and the other on the Monday.

By a strange piece of good luck, Mairi Grant from Rogart discovered a copy of the 1957 Highland Two Day Trial programme and inside was the actual routes used sixty years ago.

And so the plans became a reality, with a permit approved by the Scottish ACU and the title: “Arnott Moffat Memorial Highland Road Run” was created.

The route will attempt to retrace as much of the 1957 Highland Trial as possible with a fuel and lunch stop on the way. The final route has yet to be confirmed, but entry forms are available and the cost is a modest £12. A donation will be made to the local Highland Classic Motor Cycle Club for their support of this event. All machines must be road registered and insured, with the preference being pre 1975 machinery, but all road-legal solo motorcycles are welcome. The only qualification being that you must be a ‘motorcycle enthusiast’.

Entry forms for the ‘Arnott Moffat’ on Monday, June 12th 2017 are available by contacting the event secretary, John Moffat by e-mail: highlandclassic@outlook.com 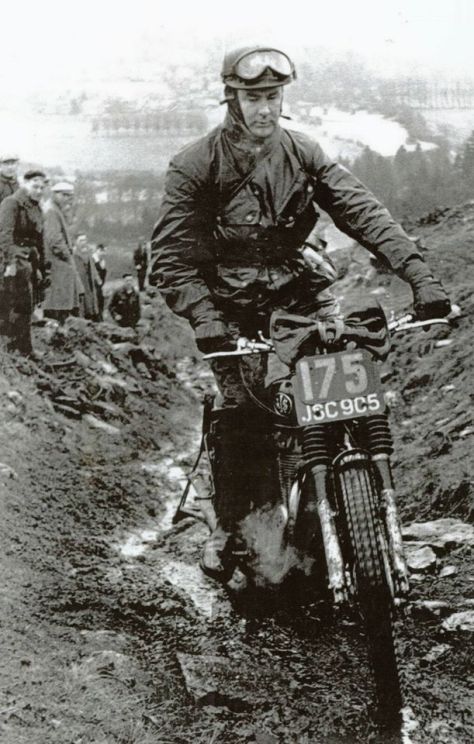 The Twelfth annual Highland Classic Two Day Trial is becoming a very popular event, with the maximum entry being surpassed in less than 48 hours of it’s opening just after midnight on Wednesday, 1st February.

The go-ahead organising committee of the Inverness & District club were surprised at the take-up of entries of which they changed the format after protestations last year that it favoured previous years riders.

Club and company secretary, John Moffat said: “In 2016 we were accused of nepotism where we sent out paper-based entries to every rider who competed in the 2015 event and the Royal Mail were very quick at their delivery for some reason. The official entries opened a day later although this wasn’t the overall intention. Quite a few prospective competitors felt that this was unfair. However, I’d like to point out that quite a few regular riders have supported our event since it’s inception in 2005 when it went from a one-day trial to a two-day affair.”

Moffat continued: ” We are quite overwhelmed at the response this year as we were full by the Thursday evening. We made a conscious decision to reserve some of our entry for special ‘Guest’ riders which has been kept to a minimum and are over and above the 150 rider maximum. These riders were chosen for their contribution they have made to our sport of off-road motorcycling or were nominated by our ‘Trial Partners’ – that is Apico Factory Racing; Putoline Oils UK and Classic Trial Magazine who have been very generous in their support of the 2017 event. As a contingency, we have a 15 place reserve list in opertion, just in case any competitor pulls out, pre-event”.

The ‘brainchild’ of Inverness Chairman, Malcolm Smith who thought up the original idea of the event which takes place on 10/11 June on the shooting estate, Alvie, near Aviemore which is run by the enthusiastic Laird, Jamie Williamson and managed by Estate Factor, David Kinnear.

This year the theme is ‘The Honda Edition’ and the Guest of Honour is 1977 British Trials Champion and Honda factory rider, Rob Shepherd. A special award will be made to the rider making the best performance on a Honda who has not won any other award. there is also a Best Female Rider award.

Shepherd will ride  a specially prepared Honda TLR250, but it is very likely that his ex-works TL305 will be there and it is hoped that Rob will demonstrate ride it during the end of one of the days.

Jean Caillou from France will be there, having entered on the ex-Marland Whaley factory Honda.

The event is billed as the ‘Friendliest Classic Trial in Scotland’ and that is helped by a relaxed atmosphere, a great place to ride off-road, sensible flowing sections, a ‘Specials’ category in case some machines don’t fully comply with class boundaries, cheese and wine at the end of Day One and for this some sections lost to the event a few years ago which are very traditional to Scotland.

The Inverness & District MCC have announced that their special guest of honour for the 2016 Highland Classic Two Day Trial on June 11 & 12 – ‘THE YAMSCOT EDITION’ will be former Yamaha factory trials rider, MICK ANDREWS. They will be paying homage not only to the ‘YamScot’ effort from the mid 1970s by Shirlaws Motorcycles, but also to the rider who won five Scottish Six Days Trials, two of them Yamaha mounted. Having moved from the Spanish Ossa factory, Andrews rode special factory OW series machines, which led to the development of the production TY series twin-shock bikes that were used by ‘YamScot’ riders in Scottish events. Shirlaws’ owner Leslie Shirlaw formed the YamScot team to promote Yamaha machines in Trials, Motocross and Road Racing. Mick Andrews will enter into the spirit of the trial by riding a suitably prepared Yamaha machine at Alvie. – Entry forms will be released and available on 20th February, 2016.

The Highland Classic was started in 2004 as a one day event for pre’65 machines at the highland shooting estate, Alvie. The second year entries were increased by the addition of twin-shock classes and finally in 2006 it was extended to a two-day event. The event has gained popularity, but entries became very sought after from the 2013 event, with the introduction of the special guest of honour feature, which is very popular with riders and the estate management who always have a representative present for the ‘address of the trial’ with some short introductions and speeches led by a welcome from the owner of Alvie & Dalraddy Estates himself, Laird Jamie Williamson. The event has been over-subscribed since 2013.

Entry forms and regulations will be released by event secretary, Rick Lound on Saturday 20th February. Last year’s competitors will be sent forms by post, but they will also be available at Telford on the Classic Trial/Trial Magazine UK stand, The Putoline Oils stand and the Inverness & District club website (www.idmcc.co.uk).

Support for the event has been promised by both Classic Trial Magazine and Putoline Oils UK.