Andrew for many years, with his wife Grace, were stalwarts of the Lochaber & District MCC and  after Grace’s death in 2001, the club has run an event in her memory every year since.

Trials Guru’s John Moffat said: “Andrew Dignan was a man who always met you with a cheery smile and a good firm handshake. He was a true trials enthusiast who never competed but put a lot into the sport, having observed and officiated at the SSDT and local trials which he helped organise with his wife Grace.”

Moffat continued: “On a personal note, I had a lot of time for Andrew and we could chat for many hours when we met. I valued his friendship highly and I will miss him greatly”.

Andrew’s funeral took place at Noon on Saturday, 28th July 2018 at St Margaret’s Church in Roy Bridge, near Fort William. The R.C. church was filled by neighbours, friends, family, shinty and trials enthusiast from far and near.

His son Graham read a eulogy and his grandson, Cahal Dignan had written a special poem which he read  out.

As already mentioned, Andrew’s wife and sole-mate, Grace passed away in 2001 and part of Andrew died with her, they were a very close couple. They are now buried together in Cille Choirill cemetry high on the hill overlooking the road to Fersit where the Grace Dignan Memorial trial is held.

Young Sandy Cameron from Fersit played the pipes as Andrew’s coffin was carried from the church, the tune being ‘Sands of Kuwait’.

Andrew was awarded the Lifetime Achievement award by the Scottish ACU in 2014 in recognition of his dedication to Scottish trials over 30 years as an observer, parc ferme marshal and time check controller at the SSDT and his work for the Lochaber & District MCC. Many of their members were at Andrew’s funeral. He also won recognition from the local Lochaber Cammanachd club for services to Shinty.

On a lighter note, the priest commented that the family had all mentioned that Andrew always had a can of WD40 close by, as he believed it sorted most things that had gone wrong, even his arthritic knees! 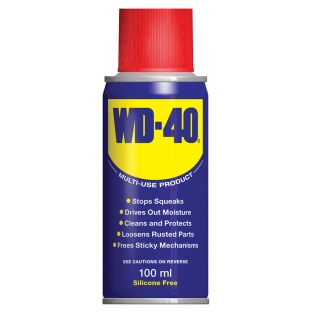 There was a collection for the local Belford Hospital – Ward One, endowment fund.

We send our sincere condolences to the Dignan family.

Photo courtesy of the Dignan family